The exhibition “Love and Time” is another presentation of the paintings of the Polish artist Wojciech Weiss and his wife Aneri in the Tyszkiewicz palace in Zatrocze.  In 2009 the exhibition of their works entitled “Beauty came to me…” was the highlight event inaugurating this impressive venue – then only a partly restored mansion. It attracted crowds of visitors and was a great media success. Today the artists’ work return to the completely revitalized palace – in a broader context, which could symbolically be described as the path “from home to home”.

The paintings are presented in the surroundings of what the artists loved, of what built their intimate, private space. The works of Wojciech Weiss enter into a dialogue with those of  his wife  Aneri (Renia) and merge into the stage set composed of objects transferred here from their Kraków family home: high quality furniture, textiles, or decorations. The archive photographs guide us around the exhibition, bringing closer to us the time of a century ago. And even though the paintings of the prominent Symbolist and Colourist of the early 20th century are the backbone of the exhibition, it is the hand of his wife that shows us around the palace and the living quarters. She reveals the secrets of the children’s room, the sun-lit bedroom or the private space of her study. The interiors permeated by the spirit of Louis XVI and Biedermeier styles interact with the artists works, on which artifacts can be found which illustrate the historical functions of particular rooms. At the exhibition, the icons and religious sculptures which the artist had collected adjoin such details as bathroom furnishings or children’s toys.

Both Weiss and Tyszkiewicz families lived their respective lives to the full in the early decades of the 20th century, filling their houses with similar furniture, books and souvenirs. Both family heads, Weiss in Kraków and  Tyszkiewicz in Zatrocze, drew the designs of their residences from that of the early neoclassical French château of Petit Trianon. The current exhibition gives us a unique opportunity to appreciate the genuine lifestyle in the house whose beautiful spirit persists regardless of intervening historical turmoil.

The reconstruction design was made possible by the enthusiastic involvement of the artist’s family and the Wojciech Weiss Museum Foundation. The management of the Trakai Historical National Park had obtained support for the unique exhibition design in restored Zatrocze from the Wilanów Palace Museum in Warsaw as well as the Polish Ministry of Culture and National Heritage, which is financing the project. 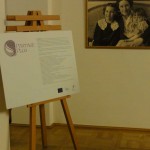 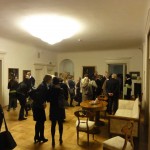 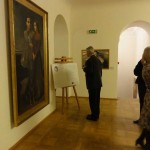 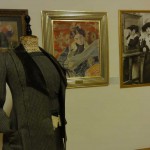