A successful finish for the Partage Plus project 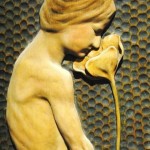 After two years of work, the Partage Plus project has reached its successful conclusion. Over the course of the project, partner institutions have digitized and uploaded into Europeana over 75.000 records: including museum-quality objects, details of art nouveau architecture, works on paper and other archival material. The project was funded by the European Commission, and it was realized with the cooperation of 25 partner institutions from all over Europe. 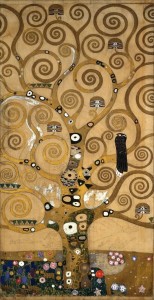 The focus of the digitization effort was on architecture and the decorative arts. The partner institutions include some of the most prestigious museums of decorative arts in Europe, such as MAK in Vienna, Röhsska Museet, Design Museum Gent, as well as the Museums of Decorative Arts in Prague, Budapest and Zagreb. For the first time ever, material from these collections was digitized and made available online, resulting in an unparalleled resource for the study of the Art Nouveau period. The results can be accessed from the common European portal, Europeana, as well as from the collection databases of the participating institutions. Because of the nature of the participating partner institutions, every effort was made to provide high-quality metadata to accompany and describe the digitized objects. Thanks to efforts of one of the partners, the University of Marburg, controlled vocabularies were used throughout the project. These multilingual vocabularies (which have been translated into the languages of all partners) enable multilingual search in the Europeana system. The names of makers and manufacturers – over 3500 of them overall – have also been used consistently in the project, with the help of authority lists which rely partly on the most renowned such resources, such as the AAT, and partly on the contribution of partner institutions.

In addition to providing digital images and descriptive data on 75.000 objects, the project also created over 2000 3D models of Art Nouveau objects, selected from the collection of 17 partner museums. The high-quality laser scanning was carried out by Steinbichler AG of Germany, and the results are available via Europeana in the form of easy-to-use 3D PDF files. The potential applications of such 3D models – which include curatorial tasks such as condition checking or assistance in restorations projects, as well as potential commercial applications, such as the 3D printing of gift shop items – have also been explored in the framework of the project, and a number of recommendations were made for the wider use of these results.

During the two years of the project, partner institutions have made every effort to make Art Nouveau better known. A series of exhibitions were organized by almost all the museum-partners in the project, exhibitions which showed material digitized in the project, or which were enhanced with the results of the digitization project. Comprehensive information on these exhibitions, as well as other events organized in the framework of the project – such as international conferences, lectures and publications – can be found on the central website of the Partage Plus project (partage-plus.eu).

Thanks to the efforts of the project, the number of Art Nouveau objects available via Europeana has increased considerably. As the records are the result of new digitization and are accompanied by high-quality metadata, they can form the basis of future research, and now can be used by everyone in the preparation of exhibitions or publications about the period. In fact, the consortium partners are thinking of ways to make further use of the material which has come to light thanks to the project.

Central website of the project: http://partage-plus.eu (also includes a blog, which focuses mainly on 3D digitization)

Partage Plus material on Europeana: www.europeana.eu

The vocabularies and authority lists can be accessed from the Partage Plus website.